5 Reasons To Invest in Gold 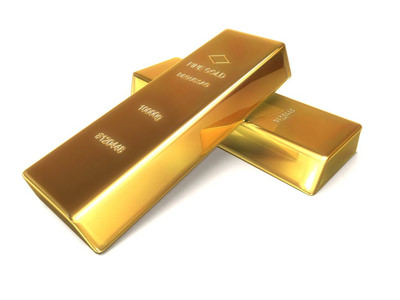 If you’re new to investing, the older hands will tell you it’s both an art and a science. There’s a reason for this: You need an artist’s penchant for risk-taking, but a scientist’s obsession with reality. Obviously, you must know your market; after all, knowledge is power. Particularly when you browse the Web, you’re sure to find reams of text dedicated to the Great Gold Debate: whether the world’s second most precious metal is a worthwhile investment.

The jury’s still out.

Nevertheless, here are five reasons why you should consider gold as a good, smart, long-term investment.

As a rule, seasoned investors are likely to use their investment in gold to offset the decline of a certain currency, and that’s usually the US dollar, but not always. It also serves as protection against resultant inflation. Bear in mind that gold has more than quadrupled in value over the last decade, and given the political and economic volatility in gold producing countries like South Africa, gold’s unlikely to go anywhere else but up.

2008’s financial meltdown drove the global investment fraternity into a gold-buying frenzy and the price of the metal shot skywards. Add to this the ongoing crisis in the Eurozone as well as the knock-on effect of domestic issues in the US: the impact of Obamacare, the Wall Street Reform Act and the debt-ceiling crisis of 2011. Any measure of economic uncertainty tends to make gold more attractive – and there’s more than enough of that going round, both domestically and internationally.

Frank Holmes, CEO and chief investment officer at U.S. Global Investors, an investment fund based in San Antonio, is waxing lyrical about what he sees as a growing demand for gold ornaments and jewelry in emerging market countries like China and India where the metal is regarded as an important cultural symbol. “Fifty percent of the world’s population believes in gold for love, romances, birthdays,” he argues.

Together, China and India account for the majority of worldwide demand for not only jewelry and ornaments, but also coins and gold bars. In 2014, China actually overtook India as the world’s leading consumer of gold, and the demand remains solid.

4.   It Has a History of Holding Its Value

Gold has a very long and rich history throughout the world and is both respected and valued because of it. Given that it’s been interwoven into numerous cultures for millennia, it’s worth investing in and holding onto for that very reason. Unlike paper currency, coins and other assets, gold retains its value over time and a great many people see it as the best way to preserve their wealth and pass it on from generation to generation.

It’s always worth remembering that much of the global market’s gold supply since the 1990s has come from the sales of gold bullion – bars kept in the vaults of the world’s central banks. This practice slowed in 2008 and hasn’t really picked up again. At the same time, according to Bullionvault.com, the production of new gold from mines has been steadily declining since the turn of the millennium and supply constraints inevitably increase demand as well as price.

In the final analysis – provided you take a long-term view and see your investment in gold accordingly – you can’t really go wrong. Of course, it makes sense that the precious metal should form part of a broader investment portfolio because of its speculative nature in the short term, but as a commodity, gold sets a very high standard indeed.