The Storm that Crushed the Spanish Empire 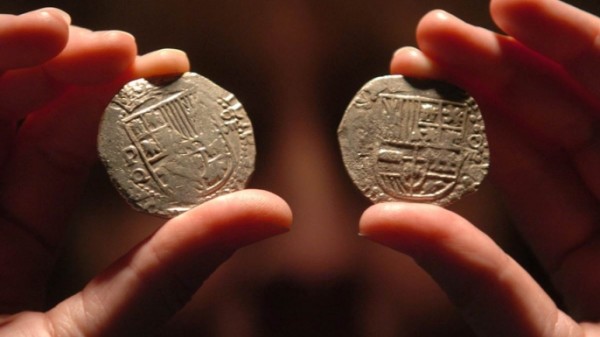 The signs have been there all along.

The waves are noticeably higher, and sea foam is dancing across the surface of the ocean. Birds are flying lower than usual. Smoke from the lamp floats toward the ground as if bowing to the heavy wind. The breeze that hits your face seems unfamiliar. It’s not the wind that softly caresses your cheeks on a fair day, but the wind that slaps you in the face—cold.

A storm is coming. You have to brace yourselves.

“Strike the royals!” you command your men as you feel the first few drops of rain hit your skin. They follow you in earnest though you can see small beads of sweat forming on their foreheads. Others are busying themselves with securing loose gear, closing all portholes, and tightening the doors.

It’s too late to turn back now. There is no use steering the whole fleet back to Cumana; it is already leagues away. You also know that you have to get the treasures—hundreds of gold bars and thousands of silver coins, precious gemstones and pearls from the rarest of oysters—back to the Spanish Empire fast, or else. You dare not think of it.

It comforts you to know that your men are all well-trained and that this is not the first time that you have sailed through a storm. But something in your gut feels different. The sea is a cradle lulling your ship to sleep, and you tighten your hold on the wheel to keep your balance. Drops of rain are falling faster now, more relentless. Thunder rumbles like a hungry giant’s belly, starved for food. Your men are working their way down the mast and striking more sails, even as they start to get drenched.

Your right-hand man comes to you and shouts over the wind, “What of the treasures, captain?” Your eyes immediately dart to the three chests at the side of the deck, neglected by the men who just earlier were gloating at the treasures they contain. You feel a knot tighten in your stomach.

“Bring them to my cabin,” you say, but another roll of thunder drowns out your voice. A huge wave comes out of nowhere, and you grab the wheel, holding on for dear life. A blinding flash of lightning hits the ocean, much too close to your ship’s hull.

“Drop anchor!” you shout, but it is lost in the thunder.

Suddenly, something catches your eye: the Nuestra Senora de Atocha, not ten pasos away, is rising up – up – UP. She’s being lifted by a monster wave, taller than 20 men. She’s completely broadside to the wave—the worst possible position. The men aboard rush to the uphill side, trying to balance the weight… but it’s hopeless.

As you watch, frozen, she broaches halfway up the monster wall of water, and then tips further. She capsizes, and after a horrible interminable moment, tumbles down the wall of water upside down.

Thankfully, you can’t hear the crew as they plunge headfirst into the dark abyss.

And then you realize the monster wave is coming right for you.

“Turn her! Into the wave!” The helmsman spins the wheel, but it’s far too late. Weighted down with the gold of the New World, you can’t turn her in time.

The monster is upon you, fierce tide sucking the ship’s belly into the wave. All you see above is roiling black water.

Eight Spanish treasure ships sank off the coast of Florida in 1622. They carried over $400 million in gold and riches from the New World, which would have replenished Spain’s struggling economy. The loss of these ships contributed to the downfall of the Spanish empire.

The shipwreck was discovered in 1985, and placed on permanent museum display. Then, in 2015, certain items went up for private auction.